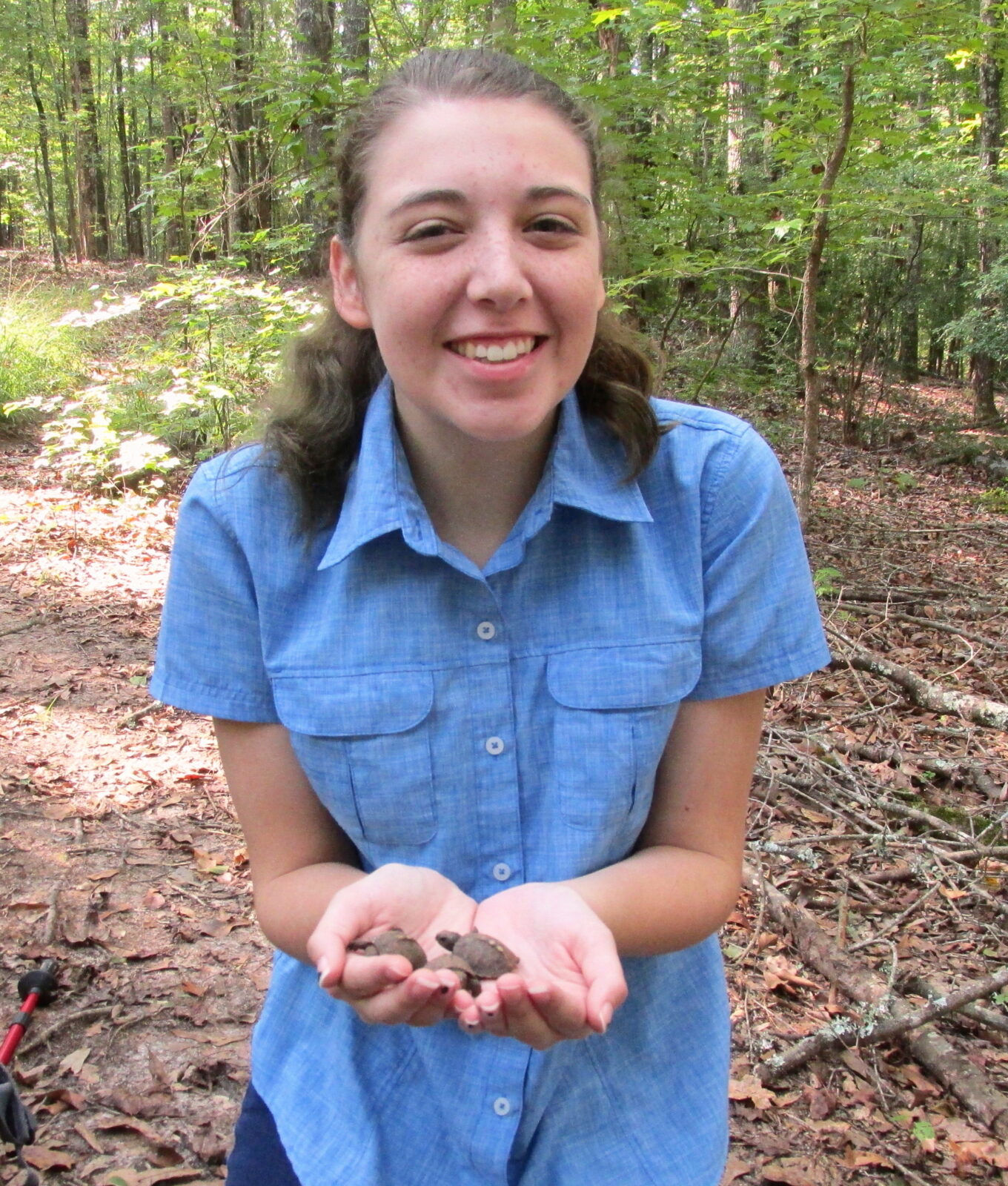 The Southern Conservation Trust and Clayton State University have been working together to help the Eastern Box Turtles in Fayetteville, Georgia. So far, the box turtle population has been decreasing because of predators. Armadillos and people are the main predators for the box turtles. Armadillos eat turtle eggs. When the eggs are laid, there are pheromones that are released from the nests, enticing the armadillos.
Dennis Chase, Dr. Diane day from Clayton State, and myself have been monitoring the turtles at The Ridge Nature Area in Fayetteville. We have seventeen nests on one side of the creek and six on the other side. Hatching season is upon us, but, so far, there has not been much activity or hatchlings. We believe it is because of low rainfall so the dirt is too hard and compact for the baby turtles to crawl out of.
We are hoping there will be hatchlings soon because of the heavy rain that we just had. It takes about 70-100 days for the turtles to hatch, and a lot of the nests are nearing 75-80 days. Hopefully, there will be some hatchlings soon.

The photo to the left is a one-year old baby turtle from a late emerging nest from 2017.
This photo to the right is a female turtle that was hit by a lawn mower blade but she survived. The damage to her shell seems to have happened several years ago and could have kept her from growing. She is about eleven plus years old but she only weighs 254 grams. Female turtles at eleven years should be around 350 grams. She is also just over 10 cm, which is the average length of 6-7 year old turtles.

Continuing more with the turtles, The Ridge has a three-toed, olive colored box turtle roaming around the area. She had been there for some years and is estimated to be around 70+ years old, since her shell is so worn down.

From the photo on the right, she has three toes – three claws – which is completely normal for her species of box turtle.
We have a theory that someone had moved her from her original home (which may have been Texas, Missouri, or Louisiana. Three-toed box turtles are native in those areas) and brought her here, releasing her into The Ridge.
Dr. Day and Mr. Chase have found her several times before I joined the team. I did find her on one of the roads when I was entering The Ridge. We have not seen her since, though. But we do believe that she had laid some eggs and that one of the nests we have is her’s. If one of the nests are her’s, she might have mated with one of our four-toed turtles. There is a chance that we will have a mix of three-toed and four-toed box turtle babies.
We are very excited for the baby turtles and will keep everyone updated with the hatchlings.