Repost of Tribute to Laura Devendorf in the Coastal Courier 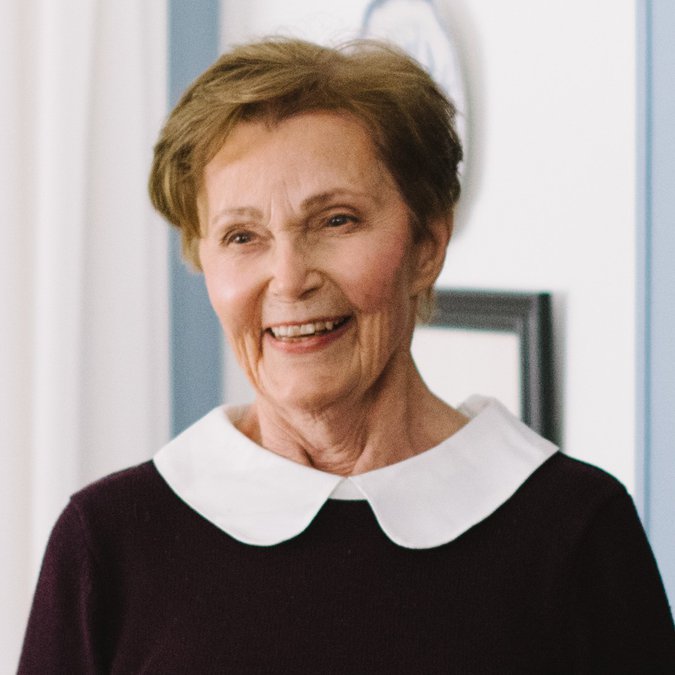 “A polymath. An empath. A delighted recipient and unparalleled giver of absurd humor. A loving wife, mother, and friend. An ardent warrior for righting wrongs. A guardian of the beautiful, vulnerable, and good. A wordsmith whom words cannot capture.”

These words were used to describe Laura Randolph Stevens Devendorf after she passed on Feb. 10, 2020.

Devendorf grew up on Springfield Plantation, her family’s Liberty County farm, which includes portions of land granted to her ancestors by the King of England in 1755. When her parents died in 1969, Laura took over forestry operations at Springfield. Her 50-year career as an environmentalist, preservationist, conservationist and educator began and ended at Springfield with exciting and challenging twists and turns along the way. In 1972, she returned to Georgia, where she achieved a list of accomplishments that would take an entire book to cover.

Laura Devendorf is a name that is well-known beyond Liberty County. The work she did here has set the bar high for conservation, preservation, stewardship, education and more. Laura Devendorf believed buildings are manifestations and touchstones of a community’s history. Thus, she engaged in humanities education, cultural preservation, and oral history collection for over 50 years. Properties like her bed and breakfast, Dunham Farms, are a testament to her belief that cultural and nature-based tourism could support traditional communities and working landscapes.

She also rehabilitated over two dozen historic structures for modern use and museum interpretation. Two of the buildings were among the first African-American rural structures in Georgia placed on the National Register of Historic Places. As President of the Liberty County Historical Society, she insisted on the inclusion of African-American history in the area’s narrative. She was Founder and Past-President of the nonprofit Seabrook Village Foundation, the first museum dedicated to research, education and the authentic portrayal of the history and culture of African-American landowners circa 1865-1930. The 104-acre living history village has eight buildings built in the 1900s, including the one-room Seabrook School and various exhibits and artifacts. In 1994, she was appointed Chair of the Regional Tourism Advisory Council for the Georgia Coast. Under her leadership, the committee created the first African-American regional travel guide in Georgia.

In 1997, she and her family opened 2,200 acres to the public at Melon Bluff to encourage the public to reconnect with the land through recreational activity.

In 2000, she was named Georgia’s Tree Farmer of the Year, and the National Arbor Day Foundation honored her with their 2003 National Good Stewardship Award. She lectured widely on everything from Forest Fragmentation to the Afro-Atlantic Diaspora to Artist Survival Skills.

Her greatest challenge was to protect the nearly 10,000 acres left in her care. Around 2005, Laura Devendorf and her youngest daughter, Meredith, decided their land needed more protection than it could receive as a private nature preserve. They worried that the pristine property would not withstand the pressure of increasing taxes and eminent domain.

In 2007, Laura Devendorf had the brilliant idea to donate the Melon Bluff Nature and Heritage Reserve. She created the Springfield Legacy Foundation to manage the property in perpetuity. Conservation easements ensure the land’s permanent protection for everyone. It will not be allowed to be sold or traded. According to its website, the mission of the Springfield Legacy Foundation is to use foundation assets to support the work of environmental, historical and educational institutions, including The Warnell School of Forestry and Natural Resources and the Georgia Sea Grant College Program. The foundation’s goal is to promote scientific and humanities research projects. The Georgia Department of Natural Resources presented her with the 2007 Rock Howard Award for “having made the greatest contribution to the state in the vital area…in the mission statement of the DNR…to’ manage, guide, and promote the wise use of the state’s natural, historical, and recreational resources for the benefit of Georgia’s present and future generations’.

The Devendorfs celebrated another major conservation milestone in January 2018 when 5,300 of the nearly 10,000 acres was put under permanent easement through a partnership with Georgia Sea Grant, the Southern Conservation Trust and the Georgia-Alabama Land Trust.

There is no doubt that Laura Randolph Stevens Devendorf loved the sweet land of Liberty. She dedicated more than half of her life to protecting the land, preserving the cultures within Liberty County and promoting responsible stewardship of historic properties and places. She was determined to fight developers with their eyes on marsh views and phosphate digging proposals set on the tidal basin. Her tenacity and holistic approach created a legacy that will never be forgotten in Liberty County, and definitely one that inspires us all to ferociously protect what we love and serve for the greater good.