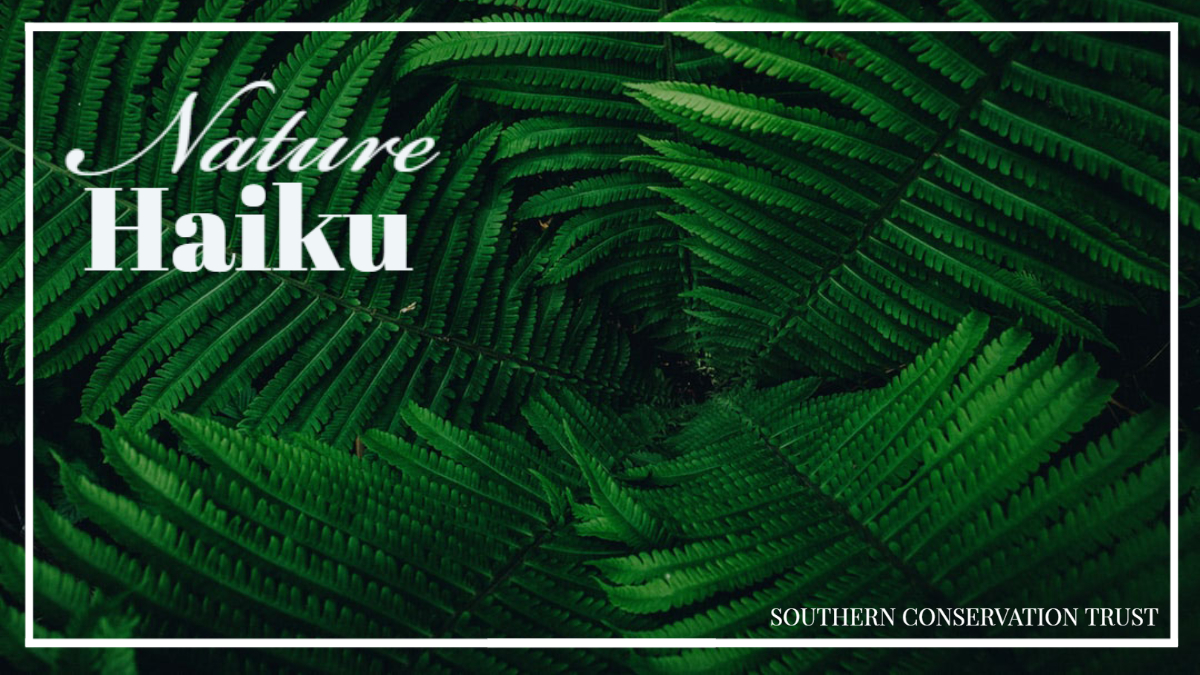 Haiku is a Japanese poetry form. A haiku uses just a few words to capture a moment and create a picture in the reader’s mind. It is like a tiny window into a scene much larger than itself.

Example:
The last winter leaves
Clinging to the black branches
Explode into birds.

Haiku typically include a focus on nature and a seasonal indicator such as “snow” which tells the reader what time of year it is (kigo). It is structured in two parts: describe the setting in the first line, then the subject and action in the second and third lines. Haiku presents an observation, a web of closely associated ideas (renso). The epiphany or ending (satori), should penetrate into the heart of the theme.

Look out your window, and describe what you see. Try to focus on a small detail that contains the feeling of the larger scene.

Instead of saying how what you see makes you feel, share the details that caused that emotion. If the sight of a blossoming spring flower makes you feel hopeful, describing that flower can give the same feeling to the reader.

Feel free to share your Haikus with us on social media or in the comments below.